I’m a bit late to the party but The Legend of Zelda: Breath of the Wild is an amazing game. I bought a Nintendo Switch just so I can play this game (I skipped the Wii U for various reasons). After playing it for 40 hours with so much still to do and enjoy, I’m pretty certain that this is one of the best games ever made, if not the best.

I love that once you’ve cleared the first area you’re basically free to explore and do whatever you want. I love that there are various ways of solving puzzles in the game. I love the variety of terrains, characters, weapons, and more. 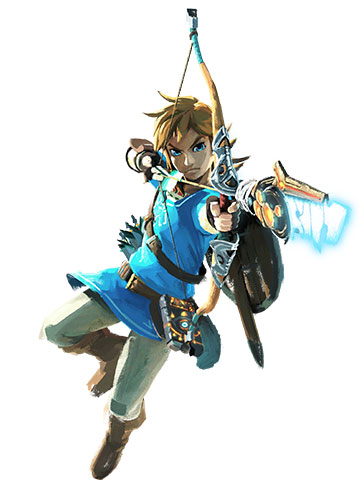 The art style is wonderful – it’s not hyper realistic but I think in 10-20 years time it won’t look dated like some other games do.

The game isn’t perfect but there isn’t a great deal to complain about. So far I’ve beaten three Divine Beasts and reclaimed the Master Sword, and have done the first part of Trial of the Sword. I have enjoyed the game immensely and cannot wait to play the rest of it!

I don’t really have the time to update this blog at the moment, but partly I also don’t have much to write about – I can’t afford the latest phones etc. so I’m stuck talking about my older devices (although I am considering an upgrade to either a Pixel 2 or a Galaxy S8). Personally, I don’t find Android as exciting any more – there haven’t been any major changes recently, it’s more a case of ironing out flaws. It’s still the best mobile OS as far as I can tell, but I don’t have much to say about it.

So I think I am going to change the blog to cover games as well as Android. After sitting out the PS4/Xbox One era, I’ve finally entered the current generation with a Nintendo Switch. So far I am loving it and Zelda is such a wonderful experience, I’m looking forward to trying out other games. So in the coming weeks I’m going to update the blog (and find a new theme as well!) to include my thoughts about games. It will also be a handy place for me to keep my completed games list. I’ve tried maintaining lists on other sites but they always seem to shut down or not get updated.

I’ve been after a gamepad to use with my phone and tablet for a while now, and after my birthday I had some money to spend so splashed out on one from Amazon. I say splashed out but it was less than £15!

The gamepad is very similar to the Xbox 360 controller, but of course features the clip in the middle which you can use to attach your phone. So far I’ve not utilised this – my phone is a Moto G (2014) and not the quickest, so I’ve not got many games installed on there. However, I have been using it with my LG G Pad 8.3 tablet – so far I’ve only tested it in GamePad mode (it also works in Keyboard or iCade modes) but it works flawlessly. My tablet is running Lollipop and it’s straightforward to pair the gamepad to the tablet and use it to play. So far I’ve used it to play SNES9X and Star Wars: Knights of the Old Republic. It makes such a difference playing KOTOR – whilst it has been optimised for touch screen play (and it did a reasonably good job of that, to be fair), playing it with a gamepad is just like the original (which I enjoyed immensely) – you can even swing your lightsabers about whilst running around!

The joysticks and buttons all work well, but the gamepad doesn’t feel quite right to me – it correctly registers button presses in all directions and hasn’t gone wrong for me, but I’m not sure if I’d want to use it to play something like Street Fighter II. I look forward to playing some old gems on this – Final Fantasy III is definitely on the list. It’d also be good to see which proper Android games can use it – I might try one of the GTA games.

The brilliant game LIMBO is currently on sale on the Google Play Store for the bargain price of 71p! This is a superb game, and has had many rave reviews. It is a puzzle-platform game that tells the story of a boy searching for his sister. It’s relatively short but for 71p you really cannot complain. I bought and completed this game when it was released on the Xbox 360, and also own a copy on Steam. Take a look at the trailer video below for an idea of the game:

P.S. If you do buy and play this game, be prepared to die. A lot!

This week saw the launch of a Halloween-flavoured Humble Bundle, called the Humble Mo-boo!-ile Bundle. As per usual, six games are offered, three if you beat the average, and all follow a scary theme.

The bundle consists of the following games:

The current average is only $3.04, so it’s an absolute bargain (the RRP is around $25) and it’s likely that there will be further games added. Additionally, another game called ‘The Spookening’ is available for free simply for entering your email address on the Humble Bundle site! I have previously played Rebuild and enjoyed it a lot, and look forward to playing these other games.

The Humble mobile bundles now seem to update every two weeks, meaning even more great value gaming goodness (or alternatively more money forked out!) The current bundle features six games, three of them if you beat the average (currently a very reasonable $2.87). Additionally, you can get Devil’s Attorney for free whether you buy the bundle or not!

The games featured are:

As per usual, more games will be added soon, which will make this even greater value if you buy it now for $2.87! There are 13 more days until the bundle finishes, I’d advise buying it sooner rather than later as the price may go up.

Having worked my way through all of the Marvel Cinematic Universe films, as well as Agents of S.H.I.E.L.D., I decided to have a go at this game on my Android tablet. I was addicted to the first Puzzle Quest game so was interested to see how the Marvel version would work. I think if anything it is even more addictive, especially as it now features an online player-vs-player mode!

There are many different characters and variants to choose from, with a large number of power-ups to aim for. The only bad point is that although the game is free, it is geared up to make you pay via in-app purchases, both to expand your roster (using Hero Points) or level up your characters (using Iso-8). It is possible to progress through the game without paying (as I am currently attempting) but Hero Points are very difficult to come by – I have a roster of 10 at the moment but do not have anywhere near enough space to claim all of my awarded characters. But I will strive on without paying if I can get away with it!

Some advice for anyone playing – when planning moves, you should look for the following (in order of preference):

So far I’m playing the game every day and taking part in the events, and not doing too badly – my Modern Storm is almost at level 50 and Iron Man Model 35 is not too far behind. It’s pretty difficult without paying and you can only go so far in multiplayer events as they will have much stronger characters than you until you’ve been playing the game for a while. However, I’m enjoying it and plan on playing it for a while yet!

It used to be the case that Humble Bundles would appear one at a time, but now they have several on the go at once as well as a store. This is good news from an Android gaming perspective as it means we should get more mobile games on offer more frequently! This is the seventh such bundle (hence the name!) and currently features six games, three available if you pay what you want and the other three available if you beat the average (currently $4.05). These games are:

If you’re tempted by the bundle, it’s always worth buying it in the early days and paying more than the average, as additional games always get added after a week or so, and you’ll get these for free if you beat the average.

Here is a video featuring the games in the bundle:

I’ve bought every Humble Bundle which features Android games, but due to a lack of time I’d never really played many of them! So to rectify this I’ve started going through the list of games I’ve not played alphabetically and trying each game out. I’m going to keep a list here of my progress through the games, including details of whether I liked the game and whether or not I completed it.

I’ll update this as I get through the rest of the games on the list, there are plenty more still to go!

At long last, the sequel to the massively popular Plants vs Zombies is now available on the Google Play store. The game is free, but users can make in-app purchases to get an advantage.

The game has many new features and improvements, such as

The game has had great reviews and for the bargain price of free is well worth a download!